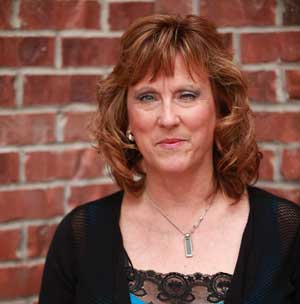 Jodi Smith has been a practicing nutritionist for the past 35 years. She is the author of "A Gift of Health" and the video series “Steps to Better Health”. Jodi was the chef/nutritionist for the television show “Mastering your Health” and has appeared on numerous television shows and radio programs locally, as well as nationally. Jodi hosted “Jodi’s Cupboard” heard on WBRI and WXIR for 25 years and was seen on WHMB TV 40 on her show “Steps to Better Health”.

Jodi is the former Food Editor of the Saturday Evening Post, and was the Nutritionist for Mr. D’s Food Markets for 13 years. She teaches numerous cooking classes and has helped manage and create menus at health conscious restaurants. Jodi has a large private practice, providing nutritional advice and dietary modification; with many of her patients referred by MD’s and other practitioners from around the country. She also serves as the nutritional consultant for the Wellness Community (a cancer support system) and Georgetown Market, a local health food and wellness store in Indianapolis.

Mrs. Smith is a sought after seminar presenter and has been a guest speaker for numerous groups including Butler University School of Pharmacy, International Organization of Pharmacists, The American Academy of Chiropractic, Indianapolis School of Nursing, PSI Corporation, CircleK Corporation, RCI, American Autism Foundation, Purdue University, and Indiana University. She has also taught at many local churches and special interest groups around the community. She served for 15 years on the Crook Foundation with Dr. William Crook, MD. She has contributed to numerous local and national publications.

Jodi resides west of Indianapolis with her husband Dan and family where they raise naturally grown beef and farm organically. She is the mother of 5 children ranging from 17 to 35 and the grandmother of 5.